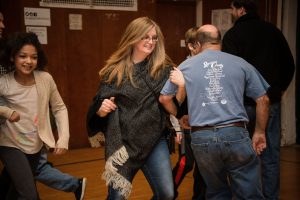 Whether you are a passionate follower of contra dance or you are just dipping your toe into the waters, these sessions are for you. Contra dancing is similar to square dancing. You don’t need to bring a partner because everyone dances with everyone else by the end of the evening. The steps are simple and repetitive, and a caller tells you what to do next.

Get a leg up on your contra dancing experience by attending this full track of contra dance workshops and dances. 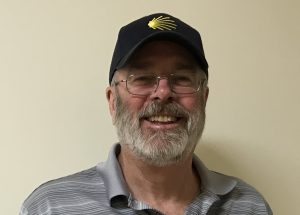 Bill O’Connor has been dancing for 25 years in the Cleveland area. He especially enjoys contra dancing & English Country Dance but also enjoys jitterbug. He will lead newcomers through some basic contra dances that he has written.

Kenny Wilson has been a caller for 40 years, originally hailing from the New Hampshire contra scene. Here in Ohio he calls dances regularly on the third Tuesdays at Chagrin Falls Township Hall.

Contra dance has its roots in the music and dancing of the British Isles. It came to the New World with the earliest settlers. New England style contra dancing was probably brought to the Cuyahoga Valley by settlers arriving from New Hampshire, Connecticut, and New York.