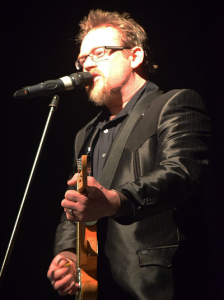 Whether you’re 60, 16 or 8, you can make music with less than 30 seconds of instruction. So I’ve come up with some important 30-60 second segments followed by playing and exploring until the next short segment. This workshop is going to cover the span of learning to make music with almost zero guitar knowledge, to giving you a few simple tools to learn as much as you want on your own. Know nothing? Please come. 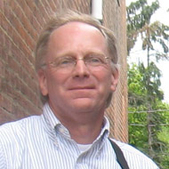 Now a member of the band Long Road, Bob Sandham began playing guitar in the early ‘60s, when his mother brought home a used instrument and connected him with a neighbor, Cleveland folk music legend Dick Wedler, for some instruction. Wedler supplied him with records by Bob Gibson, Tom Paxton and Phil Ochs, and Bob was immediately hooked on folk music.

Gain insights about backing up others and doing it well, in this workshop by Bob Sandham. Over the years Bob has played acoustic, electric, and pedal steel guitars in rock, country, blues, and pop settings, as well as continuing in the folk vein. 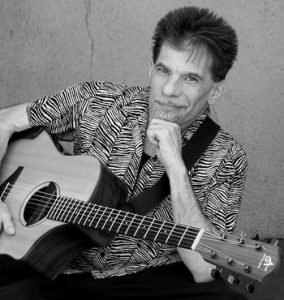 From cotton picking to chicken picking. Whatever you pick it’s finger-picking good.

From drop D to drop everything. So many sonic flavors in so little time.